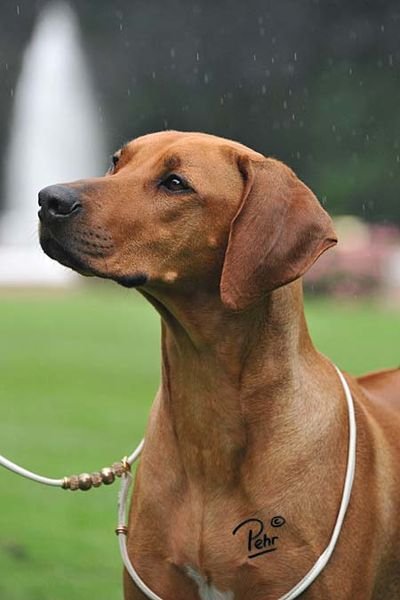 Passed her aptitude test in fieldtracking

Tiyo is a very special dog to us, she is sweet tempered and is a very kind spirit. She and Amelia, Johannas daughter and Susans granddaughter, are best friends and has been since the beginning. Amelia and Tiyo are like siblings, they have a special bond. Tiyo is really one of a kind! She loves children from the bottom of her heart. She loves the social scene and greeting people but she is still all Ridgeback with a lot of personal integrity.

She was the first born puppy in Dinahs second litter and she was the one who stood out at all times when they were babies. She was the real eyecatcher when we looked at them and were discussing which one to keep. For us she was the only choice.

In 2013 Tiyo managed to gain enough points to be placed as the 7'th best bitch on the Swedish Rhodesian Ridgeback Clubs Goldhoundlist for bitches. Considering that it was in May 2013 that she started her exhibition career in official classes as a junior which meant that Titiyo competed most of the year as a junior, it was a fantastic achievement by such a young bitch. 2014 she gained points to earn her a placement as 3'rd most winning Ridgeback bitch and 4'th most winning in total.

And then 2015 and 2016 Tiyo won the Swedish Rhodesian Ridgeback Clubs Goldhoundslist both bitch list and in total!

More in the photo gallery... 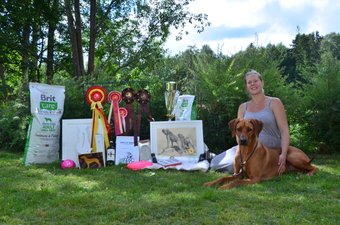 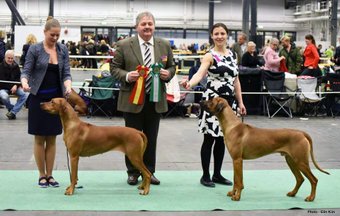 What a way to end the show year 2015. Tiyo was shown at Nordic Winner and went BOB and BIG-4! 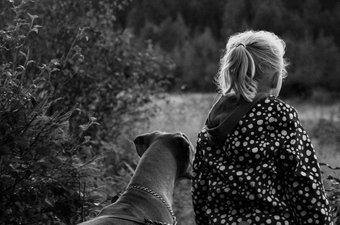 Tiyo with her best friend Amelia 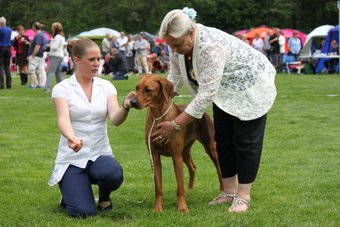 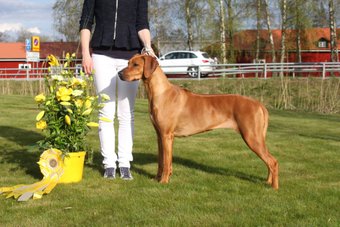 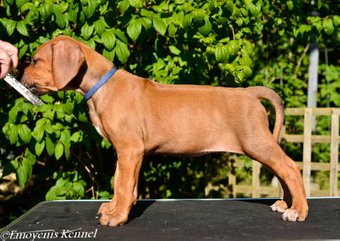 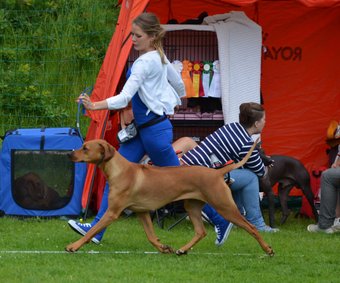 At the IDS in Lidköping our little star won BOB, BIG and ended up BIS-3! What a day 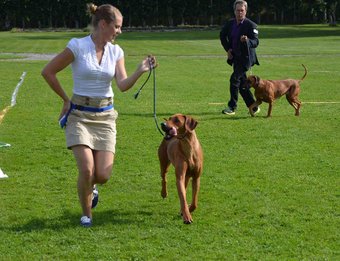