On February 8, it was time to go to Norway for a brief meeting with Titiya's proposed boyfriend Noah. After we encountered the worst snow masses since the 1980's "about 80-100 cm" on arrival at Ann Kristin and Noah, it felt a little cloudy with a mating that night in the dark and snow up to the stomach.

So we let the couple greet each other and then we thought we were going to the hotel. After 4 hours in the car were both dogs and we were stiff, tired and hungry.

So we thought a little play for those who love kranka and then we try to pair the next day.

This was not what we planned, but Titiyo quickly showed Noah that "YES" today is the day and then the first couple was ready

So fond of the evening's quick results, we drove back to a couple of comfortable beds and a brilliant meal at Scandic Gardemoan.

After a good night's sleep and a fantastic breakfast buffet, we felt ready for a new trip up the mountain, a new power sample of the snow masses.

When we arrived, Titiyo and Noah made it clear that the visit absolutely did not have to be long if it was only due to them. We thanked them for their dedication and quickly hurried to Ann Kristin for a cup of coffee and a little hug with Ann Kristine puppies who were 4 weeks old at the time.

When it quickly darkened, we decided to stay another night at Scandic Gardemoan. The journey home to Sweden had to wait until the next day.

After arriving at the hotel, the weather would seem to be a joke and a splendid snowfall made the winter scenery outside the hotel even more amazing.

It was a satisfied family who fell asleep at the hotel after dinner and little relaxation in one of the hotel resturants.

So now the waiting times begin and hopefully we will know if Titiyo is pregnant in about 3 to 4 weeks. 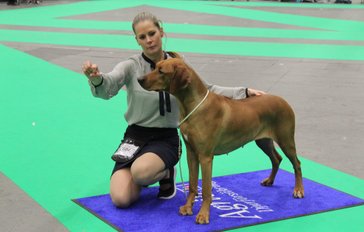 Today's great joy came to be about the prestigious award as Sweden's most winning Rhodesian Ridgeback in 2016 "Gold dog list" that conquered by Titiyo again this year !!! Titiyo won Gold Dog list in 2016 and became the most winning Rhodesian Ridgeback for the second year in a row. "2015-2016" that of both males and females, also for the second year in a row. Johanna Falk and Titiyo together an unbeatable team that year after year pleases us here at home on Emoyeni Kennel. 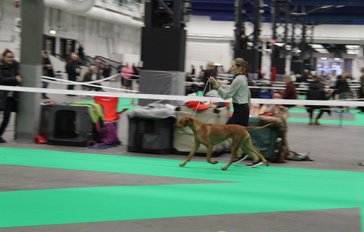 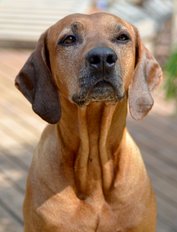 You left an enormous hole in our heart when you peacefully fell asleep in Peter lap.

We walk around today and wonder where you are but you are gone for good.

We miss you so much. 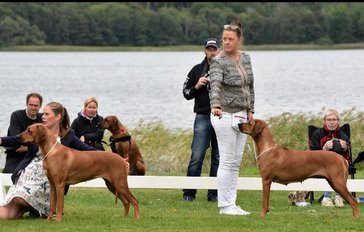 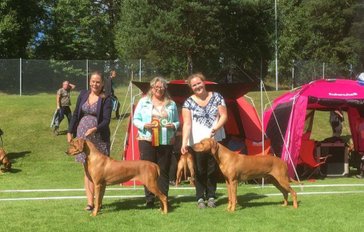 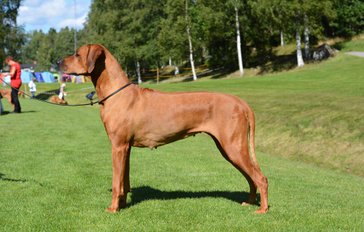 Alba were BIS Veteran and Tiyo 3'rd best bitch at SRRS Clubshow in Askersund the 13'th of august 2016! 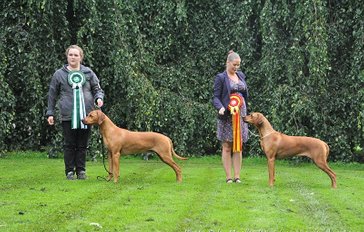 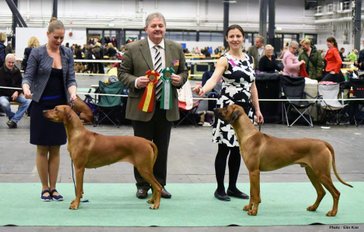 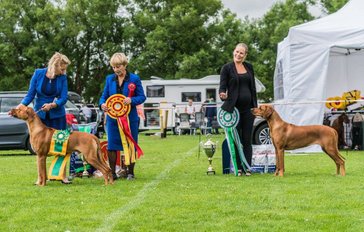 Tiyo were BOB at Nordic Winner 2015 in Stockholm and then placed as BIG-4! 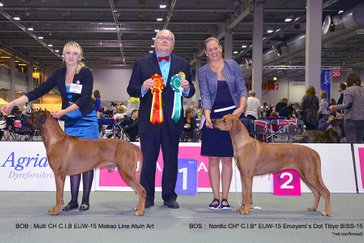 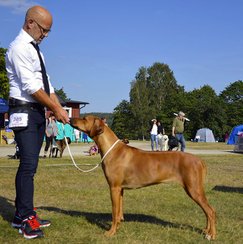 Today, these three amazing girls has taken their aptitude test in tracking! SE UCH Emoyeni 's Ice Age Abidemi , Ave Caesar Bititi Ewas and DK UCH SE UCH Emoyeni 's Dot Titiyo BISS - 2015. Thanks Elena and Willy that you organized this today, thanks for cake and champagne , we had a lot to celebrate today! 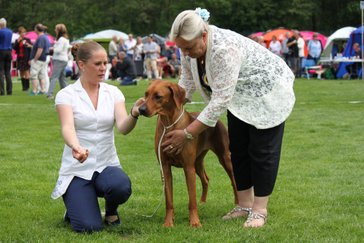 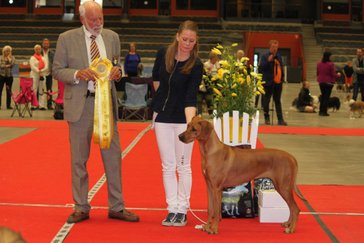 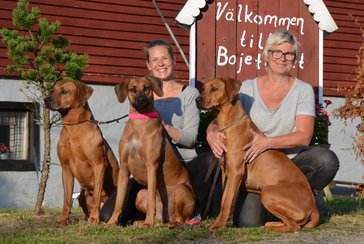 Great news from NDS in Borås!